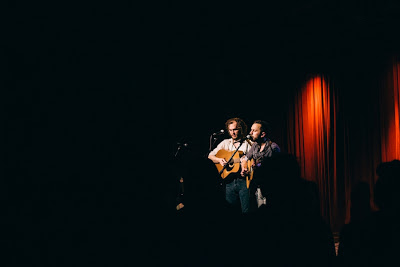 Ian, du hast in den letzten Jahren viele Städte bereist und einige auch länger bewohnt, wo lebst du derzeit am liebsten?
I’ve been traveling around so much lately that each place has started to blur together.  But all those places are part of the same thing anyway: an idea that is not here right now in the Present.  Thus, I can’t answer the question of where I’d like to live the most.  I can only say where I wish I could be at this very moment.
I wish I were in my cabin on my farm in Ste. Genevieve, Missouri, drinking whiskey with my mom and dad, playing cards, and listening to Hank Williams. I wish I were drinking a melange at the Kleines Cafe in Vienna on a snowy winter’s night, smoking too many cigarettes and romantically flirting with a tongue-in-cheek Viennese style depression. I wish I were lying in the grass of Görlitzer park with empty bottles and smoldering disposable bbq pits watching the sun rise in the summer time in Berlin. I wish I were walking alone across the Brooklyn Bridge looking up at everything that casts shadows on me.  I wish myself to all these places.  I feel I was there yesterday.  I feel I will be there tomorrow.  I sit now watching trees turn into fields and back to trees out of a Deutsche Bahn window somewhere in Hessen.
Wie würdest du deine aktuelle Platte beschreiben?
I would describe Ryan and I’s new album, Ian Fisher & The Present, as honest, raw, and direct.  I guess that means little to nothing if you’re reading this and haven’t listened to the album yet.  More generally, I’d say it’s country music.  When I was a kid that’s what I listened to.  From when I was a teen till just a couple years ago, I was a little ashamed of that personal history.  I grew out of that shame though.  I’m proud of it now. I’m happy I grew up with that musical heritage.  That’s who I was.  That’s who I am. When I listen to those pop-country songs of the 1990’s now I think most of them are shit, so I write my own.  I basically write pop songs.  I just like to write them without overly-cheesy lyrics and that terrible made-for-American-radio polished studio-musician sound.  Listen to a Garth Brooks song. You’ll hear what I’m talking about.
Obama: gut oder weniger?
I’m glad it’s him and not Romney or McCain, but you won’t see me out waving a banner for him or anything.  He represents several things that I like and I think he is good for American foreign policy, but all the smooth and rational political talk in the world couldn’t fix the problems of a system that isn’t shaped by democracy, but by money.
Die Tour führt euch demnächst wohin? Und wann spielt ihr endlich in Graz?
As mentioned before, we’re on a train from Berlin to Switzerland right now.  We play some shows there, then we go on tour in Germany.  In April I’ll play a few shows with another band of mine named Junior. We’ll play in Graz on the 18th.  Then I’ll go on tour with my other band, The Nowhere Train. We’ll play in Graz on May 9th.  I’ll go on a few more tours after that, then maybe I’ll be back in Graz as Ian Fisher & The Present in mid-June.
Mit welchem Künstler würdest du gern die nächste Platte machen, hast dich aber noch nicht getraut zu fragen?
We would love to work with Gillian Welch and David Rawlings. Ryan and I have a friend who used to be her roommate.  I asked him to show her my music once, but he said that she doesn’t like mixing personal life with her music business life.  I respect that.  I hope that one day I can afford to do that more as well.
Thanks to Florian at Seayou Records for the co-ordination.
Foto © Jarred Gastreich